The French and the ideal place to live

The French prefer to live in the countryside or in the provinces rather than in Paris or a large city.

A third would even prefer to live in a village, especially the over-65s and middle-income groups.

Medium-sized towns attract 31% of the population, in all social strata and in the same proportion.

This exclusive survey was conducted in cooperation with Opinea, our Internet access panel manager.

The distribution of respondents is representative of the population according to age, gender, region of residence, employment status and family structure.

1004 responses were obtained according to these representativeness quotas, for an overall confidence interval of + or – 3.1%.

Our institute is completely independent of political parties, financial groups and trade unions, and this survey was not commissioned by any client or influential group. 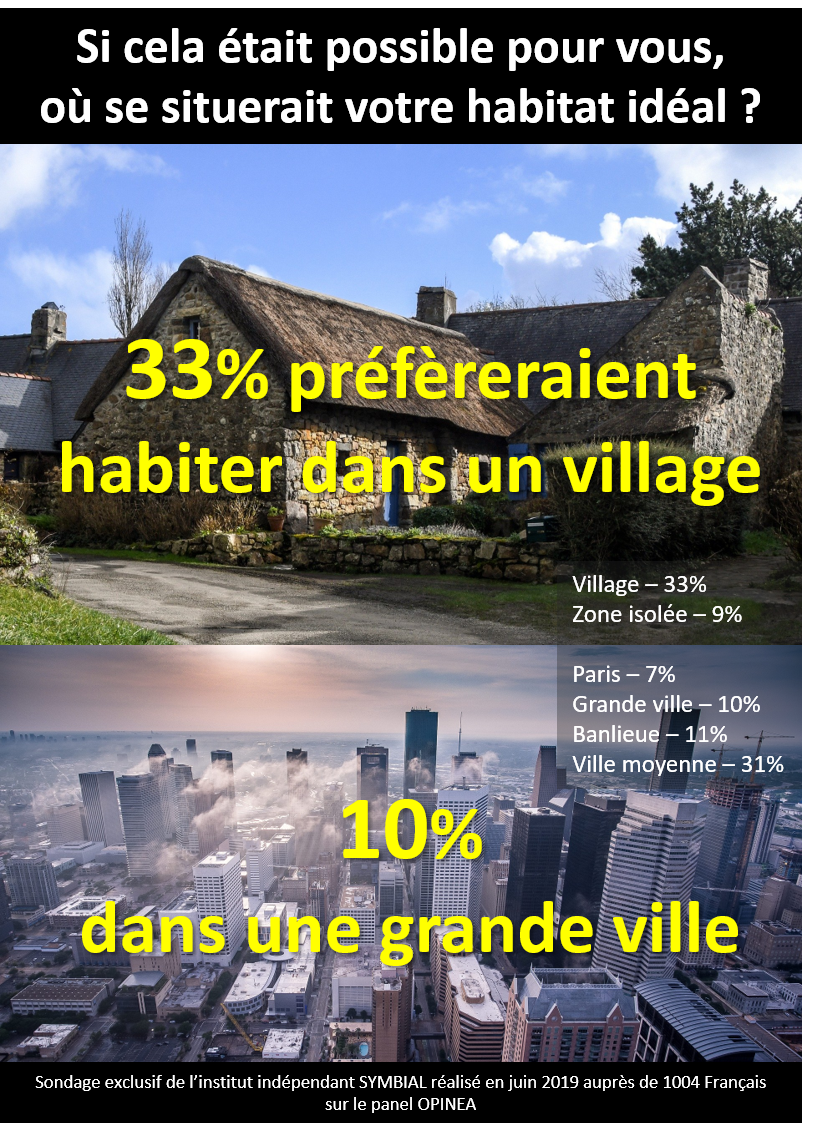 The majority of French people want to live outside the big cities, contrary to the predictions of the generalized metropolization of the planet.

Preferred destination of an ideal habitat according to the current situation:

Go to a village

Go to a big city

Go to a medium-sized city

Only one in ten French people dream of the Ile de France, especially the under-35s, but much less so the seniors.

It should also be noted that only 24% of Ile-de-France residents would like to live in Paris, with the majority preferring to move to a medium-sized city or even to a village or isolated area.

These facts show that the metropolisation desired by politicians does not correspond to the wishes of the majority of the population and that the revival of rural France may well come.

This website uses cookies to improve your experience while you navigate through the website. Out of these, the cookies that are categorized as necessary are stored on your browser as they are essential for the working of basic functionalities of the website. We also use third-party cookies that help us analyze and understand how you use this website. These cookies will be stored in your browser only with your consent. You also have the option to opt-out of these cookies. But opting out of some of these cookies may affect your browsing experience.
SAVE & ACCEPT