the French and #BREXIT

The French in favour of the status quo in the European Union are now in the minority.

It is the whole European project that seems to be called into question, particularly the geographical scope of its members.

This exclusive survey was conducted in cooperation with Opinea, our Internet access panel manager.

The distribution of respondents is representative of the population according to age, gender, region of residence, employment status and family structure.

1004 responses were obtained according to these representativeness quotas, for an overall confidence interval of + or – 3.1%.

Our institute is completely independent of political parties, financial groups and trade unions, and this survey was not commissioned by any client or influential group. 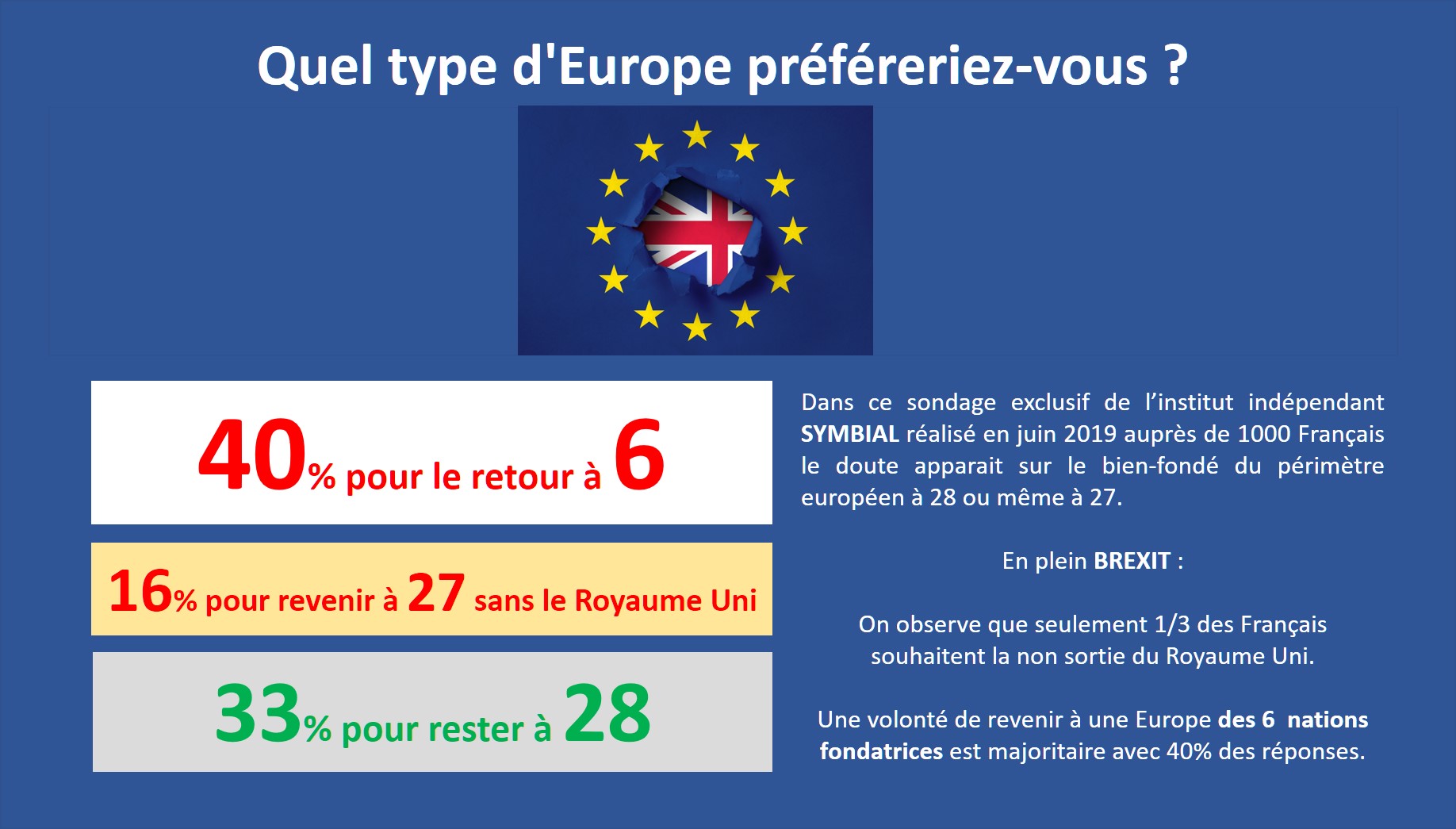 The majority of French people want a different Europe. 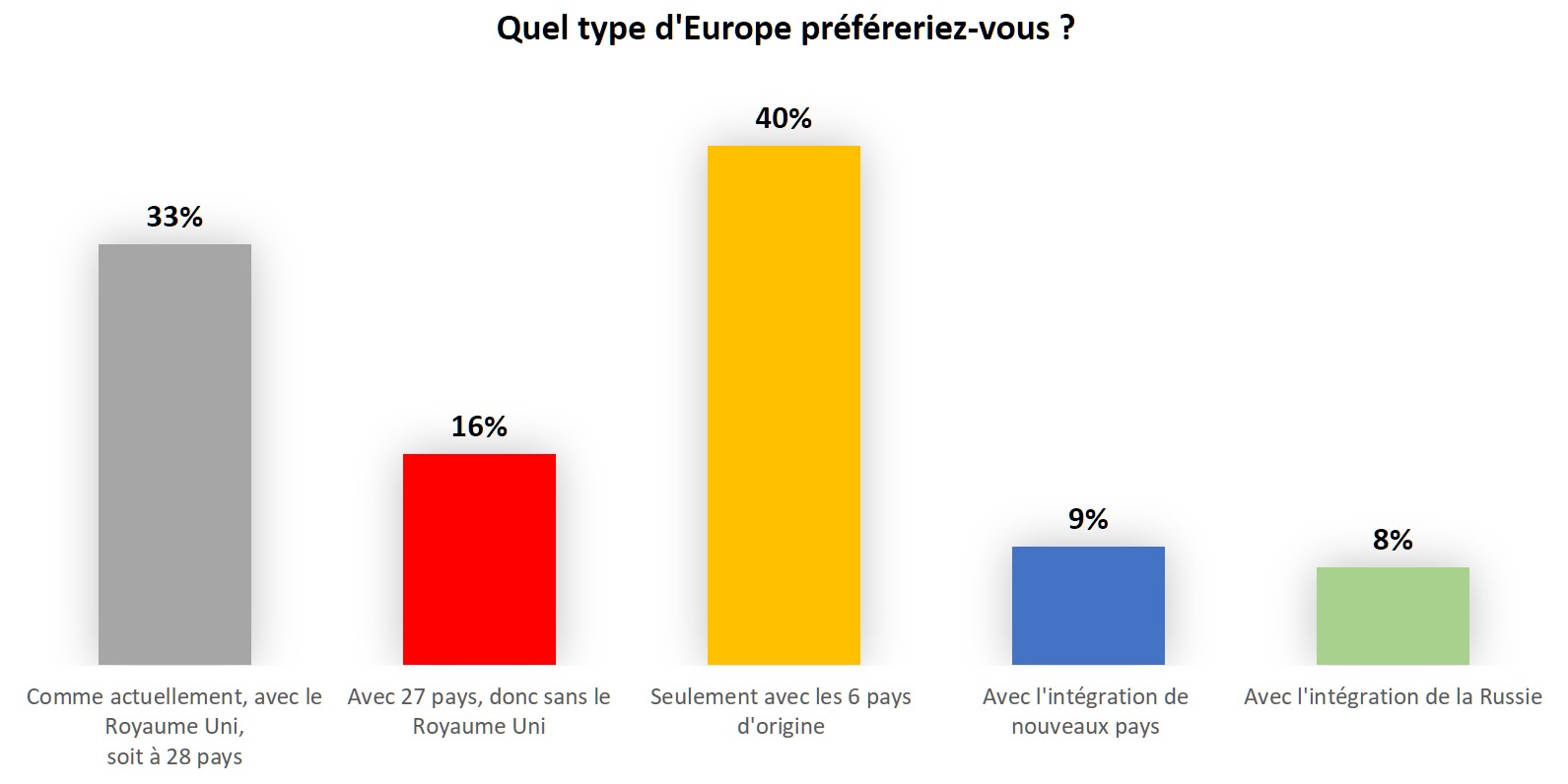 It can be seen that in this “other” Europe all possibilities are possible, even the accession of RUSSIA.

It may seem a pity that the recent European elections did not address these structuring issues at all, as they will have to be dealt with in the heat of the moment and in the absence of popular democracy.

This risks further weakening a union that is out of step with the wishes of the peoples who are supposed to build it.

This website uses cookies to improve your experience while you navigate through the website. Out of these, the cookies that are categorized as necessary are stored on your browser as they are essential for the working of basic functionalities of the website. We also use third-party cookies that help us analyze and understand how you use this website. These cookies will be stored in your browser only with your consent. You also have the option to opt-out of these cookies. But opting out of some of these cookies may affect your browsing experience.
SAVE & ACCEPT